Who is Farrah our Parelli Natural Horsemanship Trainer and Clinician? 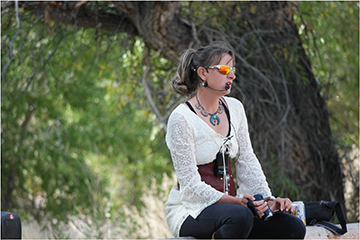 As a Parelli 3 Star certified trainer for many years, Farrah Green is an advocate of Parelli Natural Horsemanship and dressage. At the same time she has an open mind to learn and keep learning from anybody or any method that embraces respectful, professional natural horsemanship. 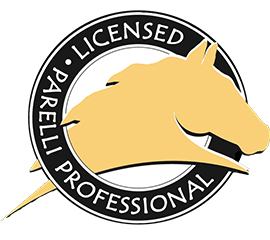 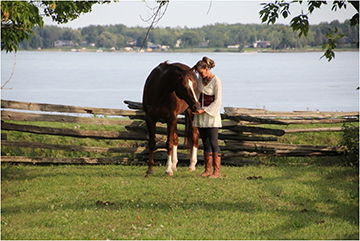 She has competed in many different equestrian sports, such as dressage, jumping, eventing and reining. Now her focus is helping people reach the highest level of horsemanship through communication with their equine partner. Farrah is passionate about showing the world what can be accomplished with benevolent leadership and understanding. She conducts many clinics and events at horse fairs across North America demonstrating skills in haute Ecole de dressage, bridle less riding, and multi-horse liberty. 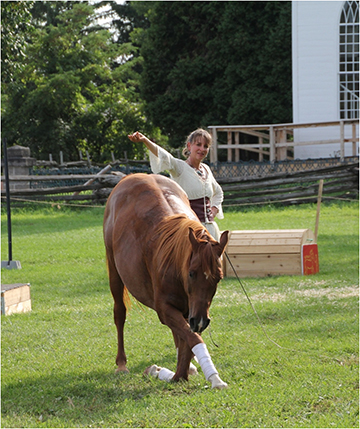 Farrah Green grew up in Wyoming.  After traveling throughout the US and Canada, she is pleased to have a greater depth and understanding of the natural beauty of the state of Wyoming. Collaborating with The Hideout Lodge & Guest Ranch, one of the leading upscale riding & horsemanship guest ranches in the US, she is ready to offer you an experience of the highest level that is hard to find elsewhere. Farrah will be conducting her clinics & retreats from The Trapper Creek Ranch, owned by the same owners as The Hideout. Her program will be operated separate from The Hideout Program.

“I have a passion for playing and communicating with horses. I also enjoy teaching people to understand them better.  The more accurately we interpret what they are trying to express with their body language and behavior, the more fun both the species can have!” 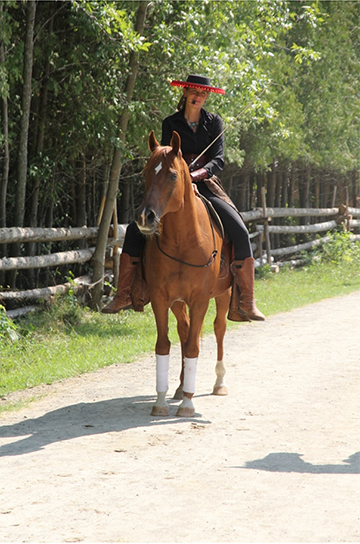 Farrah has been riding and loving horses all her life. Her mother, a talented amazon herself, says Farrah was riding even before she was born, as she continued to ride her mule in the mountains of Wyoming while pregnant with Farrah.

“I was horseback on my own by the time I was 2. She began riding competitively in jumping, dressage, and eventing at the age of 12. “In 1997 and 1999, I competed in the North American Young Riders Championship at the One Star and Two Star levels with my friend, Charlie Horse”.

While she continued to compete in college in Laramie, WY where she majored in Zoology/Physiology, she trained horses on the side.

When Farrah graduated from college (2000), her friend convinced her to follow her dream of training horses and teaching for a living.  She worked at an eventing and dressage barn in Fort Collins, Colorado, giving lessons and training horses. It was at this time that she discovered Parelli Natural Horsemanship and began incorporating it into her every day interactions with horses. Farrah became well versed in working with many different breeds of horses including Arabians, Quarter Horses, warmbloods, Thoroughbreds, Morgans, Friesians, Andalusians, and many others.

Farrah also taught at National American University in Rapid City, SD., where she was the instructor for a variety of classes including:  Colt Starting, Horsemanship, English Riding and Jumping, Equine Anatomy, Equine Nutrition, and Basic Horse Care.

She completed her One Star Instructor Horsemanship Certification in 2006, Two Star in 2007, and Third Star in 2009.

Since then she has been teaching all over the West, Midwest, East, and Canada. Farrah has been a speaker at many public events and Horse Expos. 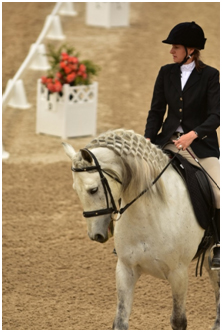 In between her busy clinic schedule, she continues to compete in Dressage/Cowboy Dressage and Working Equitation with her Andalusian stallion Diego.  Farrah has an extensive list of students who have seriously advanced their horsemanship since they have begun her lessons and being coached by her.

“I look forward to expanding my mission of helping horses with their people, as well as furthering my own horsemanship skills”.

You can also visit Farrah Green’s website at sittinghorse.wildapricot.org.